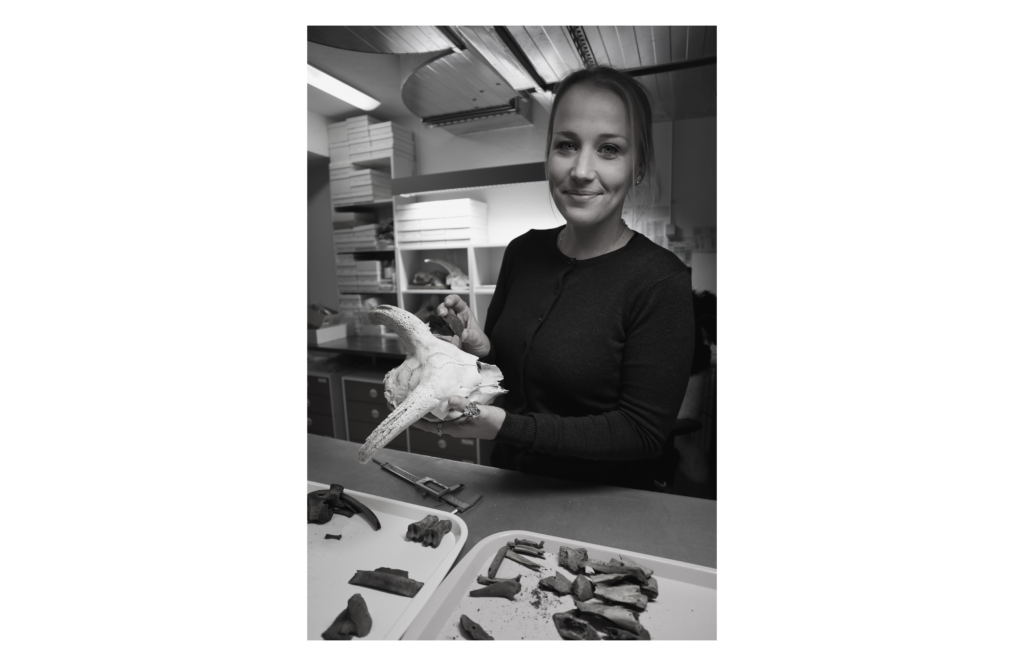 Eve is a zooarchaeologist and currently an associate professor at the Department of Archaeology, University of Tartu (UT). In her doctoral thesis (UT) and during her MSCA funded post-doctoral project at the University of York (UK), she investigated sheep populations in Estonia and Northeastern Europe, using methods from morphometrics and archaeogenetics. Eve’s research on past animals and husbandry has also brought her to present-day, where she has been able to apply the zooarchaeological data to the research and conservation of the native sheep in Estonia. Eve is currently involved in three research projects. In two of them (BoNe and PRG29) she has added domestic cattle and goats to her study focus: their husbandry, exploitation, and development of populations during the Middle Ages and Modern Period. For example, she is interested in the oxen culture and its connections to Estonia’s northern neighbour Finland. Additionally, she is gathering a general overview for these time periods about animal husbandry, movement, trade, production and breed improvement in Estonia. In the third project (PSG492), her interests lie in Prehistory instead and in the roles both wild and domestic animals played in the people’s food habits.

In addition to her research, Eve currently supervises a BA and a PhD student at the UT, both in the field of zooarchaeology. She’s a team member at the Rõuge Ancient Farm project, where Viking Age building techniques and living environment are being studied through experimental archaeology.